Paton, who has been driving a couple of different dragsters for some U.S. teams during the pandemic, was thrilled to have the opportunity to get the cars back out and resume “normal operations”, if there is ever a thing for a racing team.

“Paul (Spriet) from GBM reached out to us in early July to see if we would be interested in running the Canadian Nationals and of course, we jumped at the chance,” said Todd. “We hadn’t run either car since the Canadian Nationals back in 2019. We called up the crew and everyone was excited to get back to the track.”

Restarting a 2-car race team in 3 weeks was a monumental task, but the team, lead by Mark Morris and Yvonne Potter, managed to do the unthinkable.

“The primary car was pretty much ready to go,” Todd revealed. “However, ‘B-Car’, or the backup car, had been scavenged to build Smax Smith’s Top Fuel car a year earlier. Fortunately, Mark found enough parts in the shop, and even built a new supercharger for it in the wee hours of the morning before they had to leave for the track. The amount of work that they did in the weeks leading up to the race is absolutely unbelievable.” 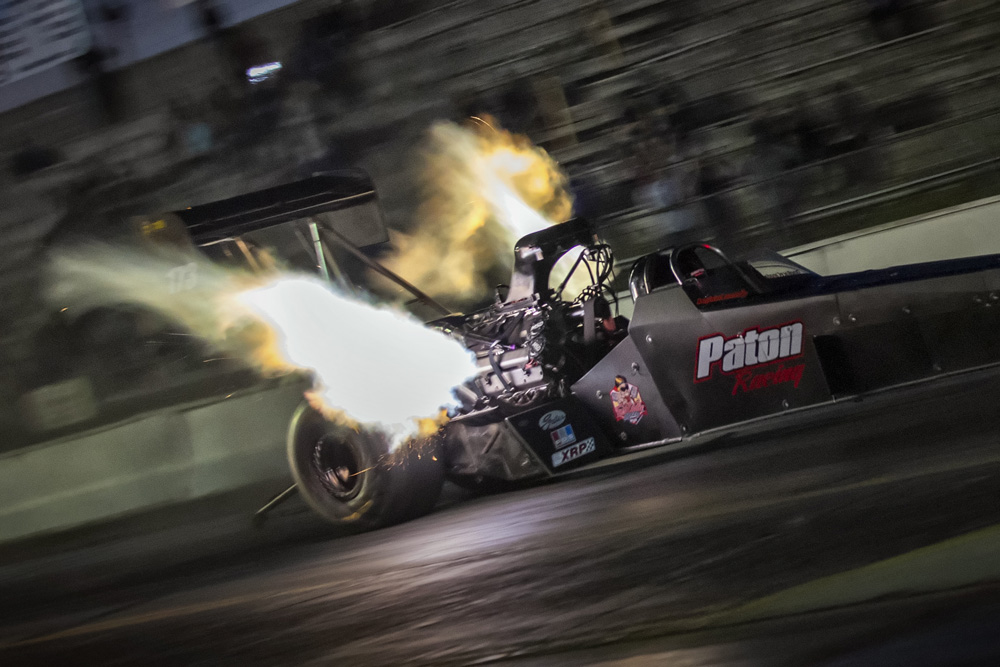 Their efforts were rewarded though. After a Friday night 200-foot checkout pass with Jeff behind the wheel, the “B-Car” seemed ready to go. The car left the line with header flames over the rear wing, and the tires hooked hard to the racing surface. During the teardown after the test lap, it was revealed that the car “dropped” a cylinder on the launch, meaning it failed to fire, causing damage to one of the cylinder heads. The team quickly rebuilt the engine and set about getting both cars ready for Saturday’s show.

During the first match between the two, problems set in for Jeff’s car during the burnout, as the throttle switch that controls the clutch system in these 11,000 horsepower cars was accidentally activated, causing the clutch system to activate the lock up features used during a typical run. As a result, Jeff encountered difficulty backing the car up from the burnout, and ultimately could not bring the car to the starting line, leaving Todd with a single (bye) run. He took full advantage of the conditions, and shook the cobwebs off the “A Car” with a great wheels up launch, lifting just before the finish line and coasting to a 240 moh run. 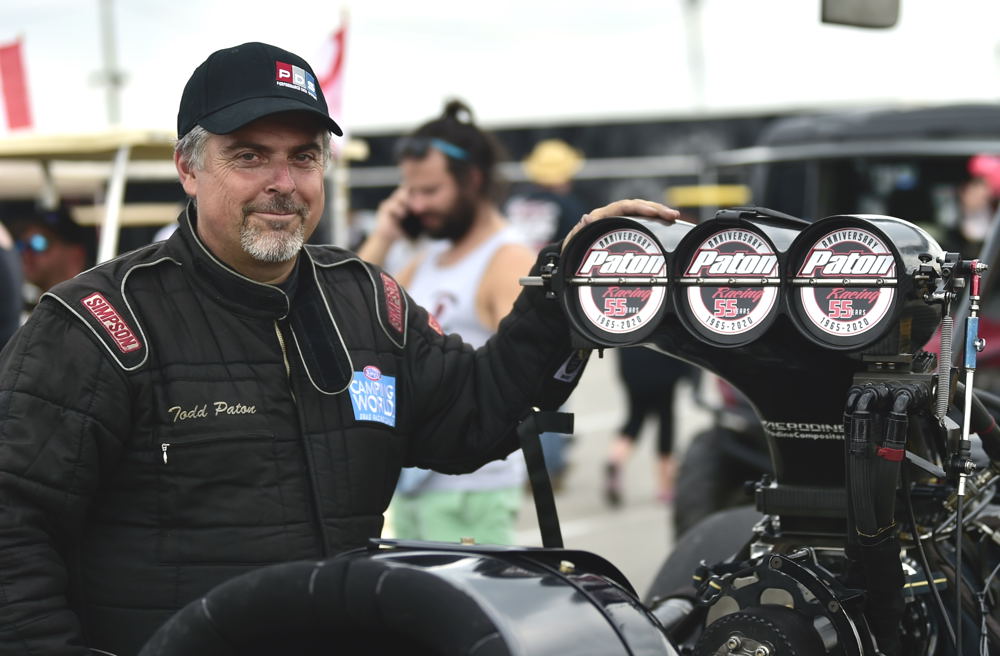 Later that evening, both cars again came to the starting line. Again, Jeff encountered a problem while staging the car, and Todd soloed to a 3.90 at 304 mph (1000′ clocks).

On Sunday, the team was able to get both cars to stage. Jeff took a slight starting line advantage and held on for the win after a shaft in the supercharger of Todd’s car broke, causing him to coast to a 4.50 at only 210 mph.

It was a great weekend, and both Todd and the team are looking forward to their next event.